About the Two Tunnels Greenway

The shared-use path that connects the City of Bath and the Midford Valley.

Discover the Two Tunnels shared path, and you'll find yourself on a surfaced, flat(tish) walking and cycling route that gives you a view of Bath's Georgian crescents - and then leaves the city behind and takes you into the superb countryside south of Bath.

Opened in 2013 with a lot of help from Sustrans and also the local authority, we now walk or cycle where once the steel rails guided the trains of the Somerset and Dorset line on their way to the south coast.

Leaving the houses behind, you'll pass through dramatic, curved Devonshire tunnel - to emerge in a deep wooded valley that feels a long way from the city centre - though with Bath Spa Station just over half a mile away, you may well hear the trains.

The discoveries continue as the Two Tunnels route leaves Lyncombe Vale and heads underground beneath high ground. Combe Down Tunnel is the longest cycling and walking tunnel in the UK.

Here's a promotional film of the Two Tunnels route - from Bath and North East Somerset Council. 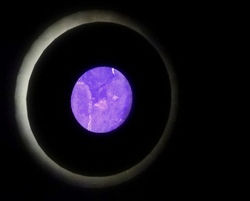 Both tunnels are well surfaced and lit - and in the long tunnel you'll find a surprise in the form of a sound and light artwork called 'Passage'.

If you're a runner, on a cycle, with a dog, the route's a brilliant resource for you. Be considerate to yourself and of others - before you use it, read the route's code of conduct.

Whether you explore on foot, bring your own bike, or hire one locally, you'll find the route opens up a range of opportunities. 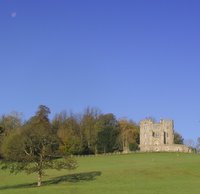 After leaving the long tunnel, the landmarks continue as the route crosses Tucking Mill Viaduct and a sinuous descent of the slopes below Midford Castle - railway people called the length 'Park Bank', and Midford Castle is to be seen high on the hillside above you.

At Little Tunnel, Midford, you leave the Two Tunnels route and have choices:

Back via the Two Tunnels route once more. But perhaps continue to the 'Hope and Anchor' at Midford first. Midford, which once had four trains a day to Birmingham, now has beer from Wiltshire and cider from Somerset.

Left and along the lane to Monkton Combe, and back to Bath via the Kennet and Avon canal's towpath, passing Brassknocker Basin's Angelfish café and the historic Claverton Pumping Station.

Head for the Bus at Monkton Combe

Before this little adventure, do check both a map and the bus timetable. Take the lane to Monkton Combe - in the churchyard there you can pause at Harry Patch's grave - he would have been very familiar with the old railway, and was occasionally called to fix the plumbing at Midford Station.

In the village, pick up the 94 bus to Freshford. Alight at the Galleries Shop there for its cafe, and something else to look out for is Freshford's pub - the New Inn. Return to Bath on the 94 bus, on foot or by train from Freshford Station.

Head for the Bus at Midford - or on to Wellow

Onward via the old Somerset and Dorset Railway trackbed through Little Tunnel and the site of Midford Station - with the 'Hope and Anchor' pub at one side and bus stop close by - and Midford's viaduct ready to take you on to the village of Wellow.

The route to Wellow is a permissive path and is occasionally closed - here's the dates when you'll need the hilly diversion route. 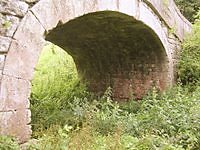 Across the road from the Hope and Anchor, the bus stop is served by the 267 bus between Frome and Bath. Close to the bus stop, you'll find a titled footpath, the 'Limestone Link'.

Heading up the valley from Midford, for a mile or so the path follows the towpath of the Somerset Coal Canal: use a map to plan a circular route past the mysterious flight of canal locks at the Bulls Nose and then steeply up past the soon-to-be-reopened Packhorse pub at South Stoke and the Cross Keys - and finally, if you need it, the 13 bus for the return to the city centre.