News from the Route 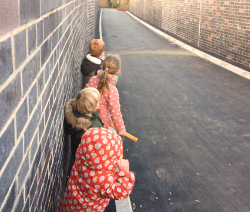 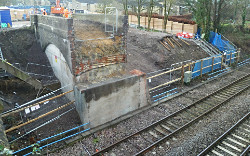 Early 2016, and a view of the Somerset and Dorset Railway bridge, the south side arch supported by concrete infill, the bridge's centre arch removed. Find more photos of the work at the Two Tunnels Bath photostream on Flickr. 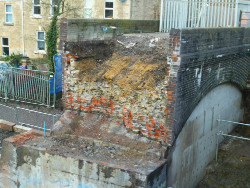 Another view from early 2016: the truncated bridge's north side arch. In the background, Burnham Road.